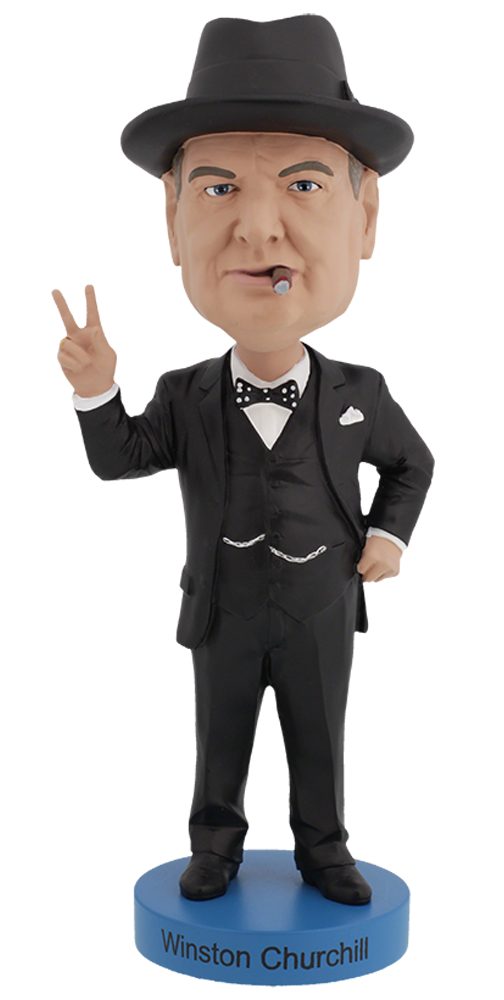 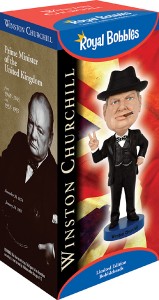 Sir Winston Leonard Spencer Churchill was a British politician known chiefly for his leadership of the United Kingdom during World War II. He served as Prime Minister from 1940 to 1945 and again from 1951 to 1955. A noted statesman and orator, Churchill was also an officer in the British Army, historian, writer, and artist. He is the only British Prime Minister who has ever received the Nobel Prize in Literature and the second person to be made an Honorary Citizen of the United States.

Following the resignation of Neville Chamberlain on 10 May 1940, he became Prime Minister of the United Kingdom and led Britain to victory against the Axis powers. Churchill was always noted for his speeches, which became a great inspiration to the British people and embattled Allied forces.

After losing the 1945 election, he became Leader of the Opposition. In 1951, he again became Prime Minister before finally retiring in 1955. Upon his death, the Queen granted him the honor of a state funeral, which saw one of the largest assemblies of statesmen in the world.

The new version 2 is smaller, more proportional to the other figures in the Royal Bobbles line, and features an integrated poly-resin bowler hat.