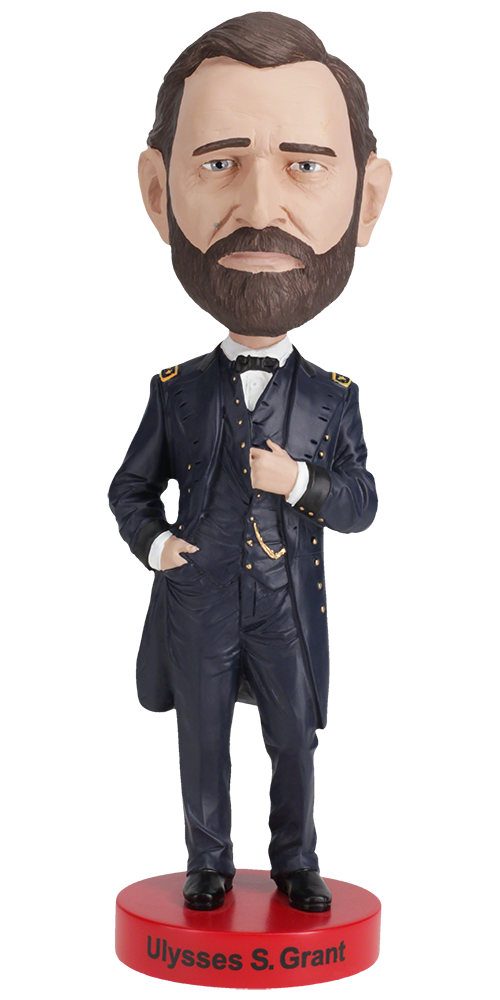 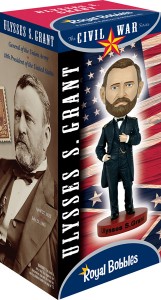 Grant was born as Hiram Ulysses Grant in 1822 as the son of an Ohio tanner.  He began a lifelong career as a soldier after graduating from West Point in 1843.  He served under General Zachary Taylor during the Mexican War.   In 1851, after the Civil War began, he joined the Union Army and led the defeat of Confederate armies during such notable campaigns as the Battle of Shiloh, the Vicksburg Campaign, and the Battle of Chattanooga.

President Abraham Lincoln promoted him in 1863 and placed him in charge of the Union Army.    As Commanding General, Grant led a series of Union campaigns during 1864 and 1865 which resulted in the capture of Richmond, the Confederate Capital, in April 1865.   At that time, Confederate General Robert E. Lee surrendered to Grant at Appomattox, effectively ending the Civil War.

During Reconstruction, Grant remained in charge of the Army, and he became extremely popular in the North.  He was elected U.S. President in 1868, and during his presidency, he signed and enforced civil rights laws which supported the rights of freed slaves, and rebuilt the Republican Party in the South – resulting in the election of African Americans to Congress and state governments for the first time. He was reelected in 1872 and became the first president since Andrew Jackson to serve two full terms.