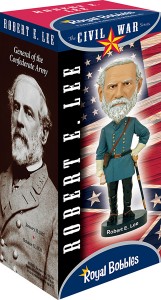 Robert Edward Lee was the leading general of the Confederate States of America during the American Civil War and was an icon of good character and courageous leadership.

During the Civil War, he became a major hero during the Seven Days Battles, and led several major victories against the Union, despite the enormous superiority in men, cavalry, and logistics which the Union Army, under a succession of commanders, enjoyed.