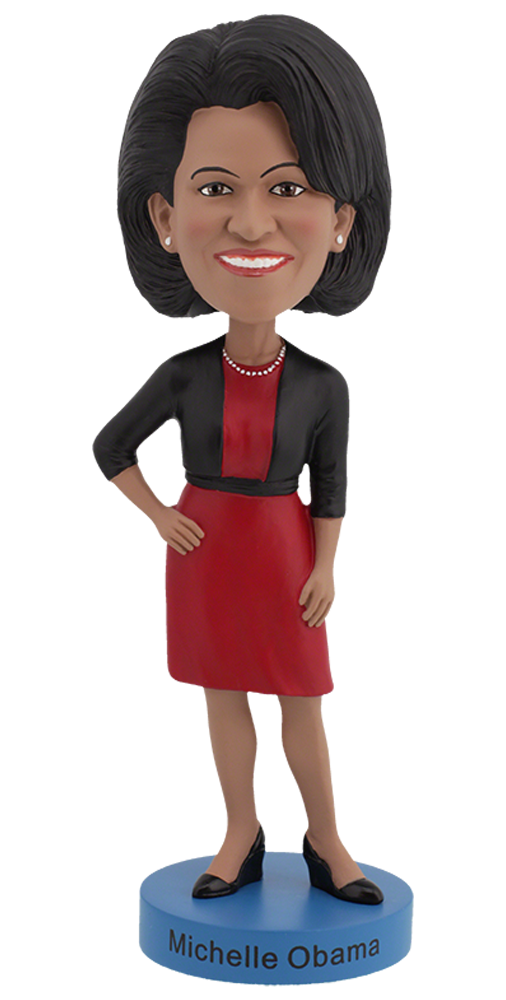 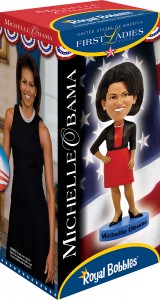 Michelle LaVaughn Robinson Obama is the wife of the 44th and current President of the United States, Barack Obama, and First Lady of the United States. Above all, she is a mother to her two daughters, Malia and Sasha. As a public service advocate and style icon, she is recognized worldwide as a powerful role model for women.

Driven by a passion for serving others, Obama transitioned to the public sector. In 1993, she became Executive Director for the Chicago office of Public Allies, an AmeriCorps program that prepares youth for public service. As Associate Dean of Student Services for the University of Chicago, Obama developed the university’s first community service program in 1996. She greatly improved volunteer efforts for the University of Chicago Medical Center in her role as Vice President of Community and External Affairs in 2005.

First Lady Obama remains persistent in her public service pursuit by focusing on current social concerns. In 2010, she introduced a campaign against childhood obesity known as Let’s Move!, emphasizing healthier school food, physical fitness, and the availability of healthy, affordable food in every part of the country. Together with Dr. Jill Biden, she launched Joining Forces in 2011 to raise awareness of military families’ unique employment, education, and wellness needs. Obama continues to encourage national service and is committed to helping working women balance their career and family lives, two issues near and dear to her heart.