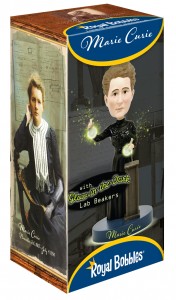 Born November 7th, 1867, physicist and chemist Marie Skłodowska-Curie became the first woman to win a Nobel Prize for her studies of radiation, as well as the first woman to win in more than one field and multiple sciences. Her extensive work in radioactivity forced the scientific world to reconsider the foundation of physics, and it paved the way for other discoveries, such as the nuclear atom and treatment for cancer.