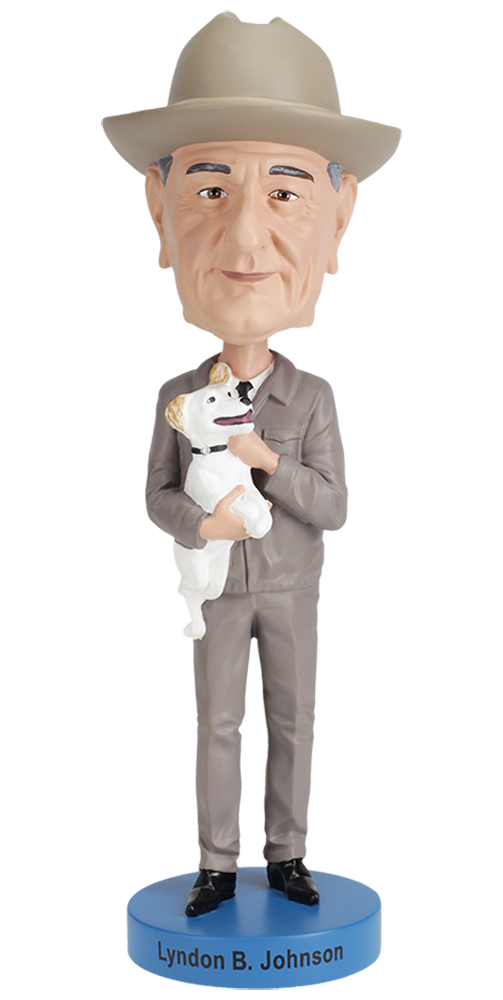 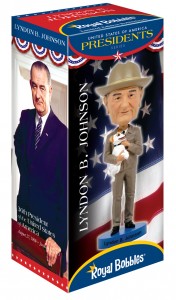 Lyndon B. Johnson was John F. Kennedy’s Vice President and became the 36th President when Kennedy was killed in 1963.   As President, Johnson passed the Civil Rights Act of 1964, the first effective civil rights law since Reconstruction. In 1964, Johnson won
the presidency against the Republican challenger Barry Goldwater.

Today Americans feel the impact of President Johnson’s legacy in nearly every aspect of their lives. Under his leadership, Congress passed more than sixty education bills, initiated a war on poverty, provided federal support for the arts and humanities, implemented immigration reform, championed environmental beautification and conservation, and provided medical care to millions through Medicare and Medicaid. Civil rights continued to advance with the passage of the Voting Rights Act of 1965 and the Civil Rights Act of 1968. Under Johnson, the U.S. also made impressive gains in space exploration.

The Vietnam War overshadowed many of Johnson’s accomplishments. He increased
U.S. troop involvement but could not end the war. Controversy and protests became acute by March 1968, and Johnson withdrew as a candidate for re-election so he could devote his efforts to seeking peace. When he left office, peace talks were underway.