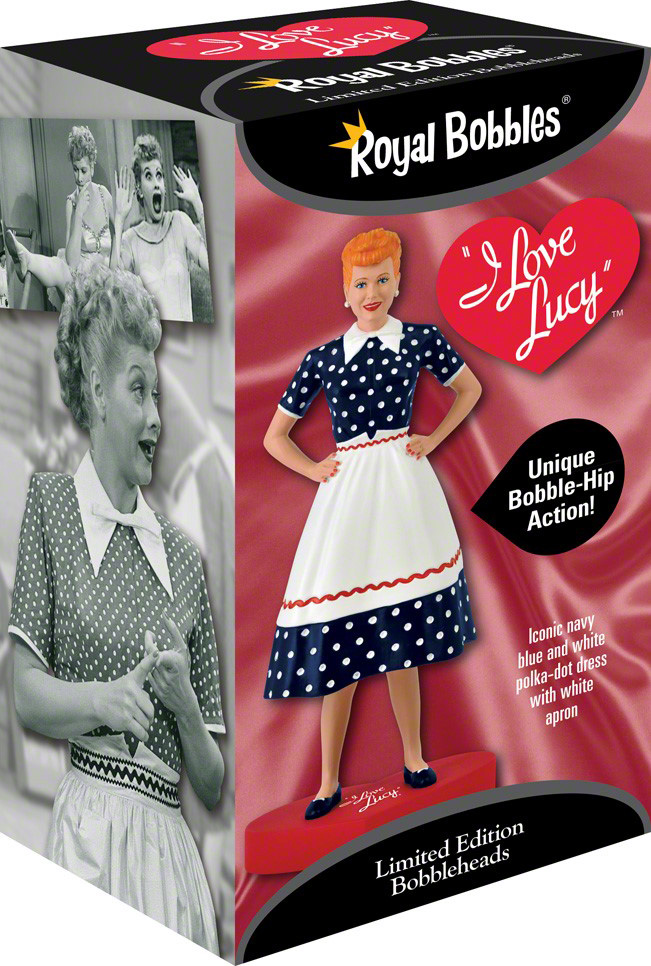 Arguably the most beloved television series of all time, I LOVE LUCY™ remains a unique force in the entertainment industry 65 years after its celebrated television debut October 15, 1951. Its universal appeal and demographics span four generations, making I LOVE LUCY a show for everyone. It’s truly family entertainment at its best. After six seasons and 179 episodes, I LOVE LUCY was one of the few television series to exit while still on top in the ratings with its last episode airing on May 6, 1957.

The Lucy Ricardo Bobble is featured in the iconic blue and white polka-dot dress, one of the many costumes designed by Elois Jenssen. This particular dress was first featured in 1951 and appeared in 30 episodes during the run of the series. The polka dot dress went through numerous changes over the years from modifications in sleeve length, the bodice, and collar, but one thing that never changed was that the style stood the test of time and is still recognized today as Lucy’s “look.”

The first episode where Lucy work the polka dot dress was “Quiz Show” but probably one of the most recognizable episodes to feature the blue and white polka dot dress was “Sales Resistance” which aired during the second season of I LOVE LUCY. “Sales Resistance” is recognizable to any Lucy fan as it was the first of five flashback episodes that aired while Lucille Ball recovered from childbirth.