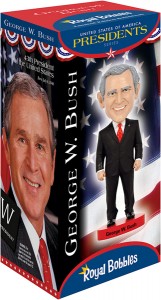 Bush is the eldest son of President George H. W. Bush, who served as the 41st President, and Barbara Bush, making him one of only two American presidents to be the son of a preceding president.