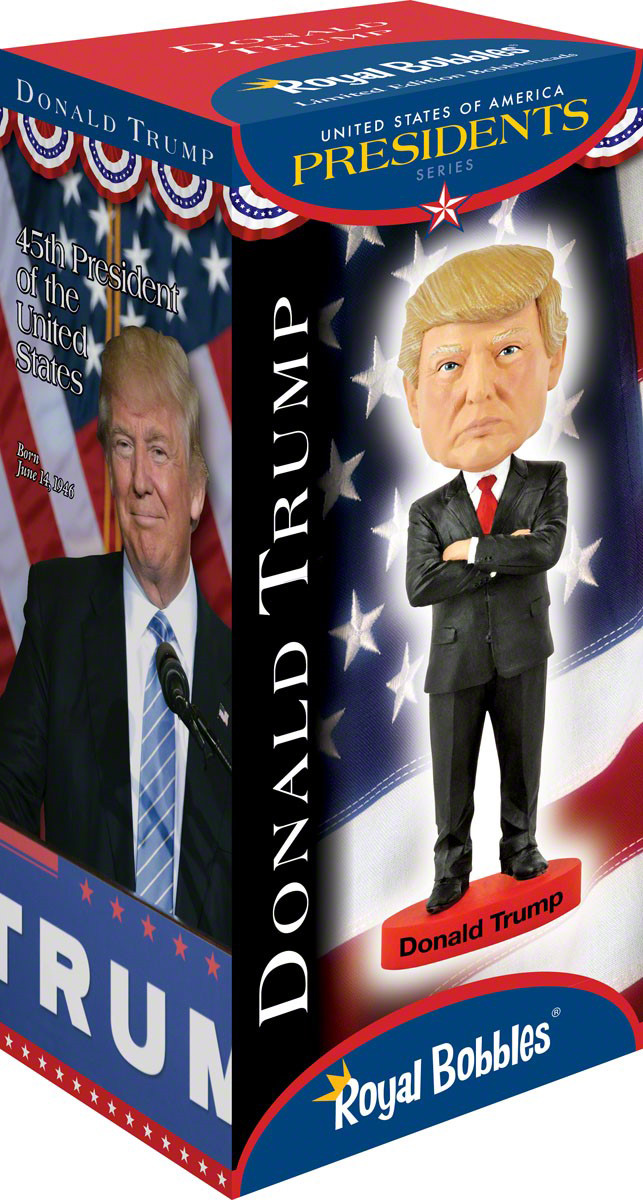 Donald John Trump was born on June 14, 1946, in Queens, New York, the fourth of five children of Frederick C. and Mary Trump. Frederick was a builder and real estate developer who came to specialize in constructing and operating middle-income apartments in the boroughs of New York City. In June of 2015, Trump declared his candidacy for President of the United States as a hopeful for the Republican nomination. Since that time, his campaign events have had record turnouts, and his appearances have broken records. The first GOP debate, moderated by Fox News, was watched by a record 24 million viewers, according to Nielsen data, making it the highest-rated primary debate in television history.

This is the bobblehead that was shown in the amazing “Trump in Space” video which was made by Bobbleheads.com: