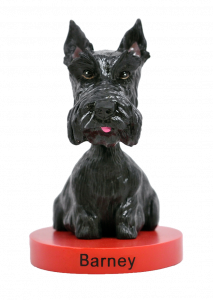 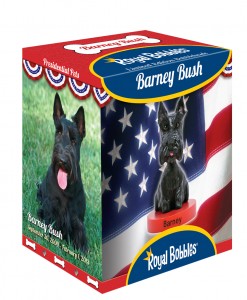 Barney Bush was a beloved Scottish Terrier of President and Mrs. George W. Bush. Barney joined the Bush family after the Presidential election in 2000, as a gift from President Bush to Mrs. Bush.  Barney became famous as the star of the White House’s holiday video series “Barney Cam.”

“Barney guarded the South Lawn entrance of the White House as if he were a Secret Service agent…Barney greeted Queens, Heads of State, and Prime Ministers.  He was always polite and never jumped in their laps.  Barney was by my side during our eight years in the White House.  He never discussed politics and was always a faithful friend.  Laura and I will miss our pal.”