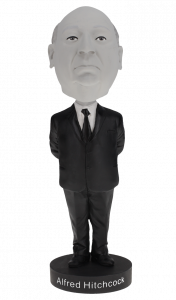 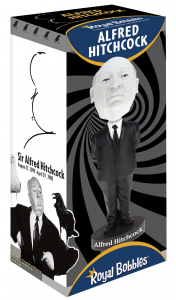 Sir Alfred Joseph Hitchcock was a British film director and producer whose career spanned over 50 years. His films earned him the nickname The Master of Suspense. Hitchcock was a master of the plot twist, loved to push the boundaries of what censors would allow, and was a technical innovator. He was also known for making short cameo appearances in many of his films. From 1955 to 1965, Hitchcock hosted and produced a television series entitled Alfred Hitchcock Presents. Hitchcock was made a Knight Commander of the Order of the British Empire by Queen Elizabeth II in 1980. He never won an Academy Award for the direction of a film, but his movies, the actors, and the writers garnered fifty nominations and many awards.