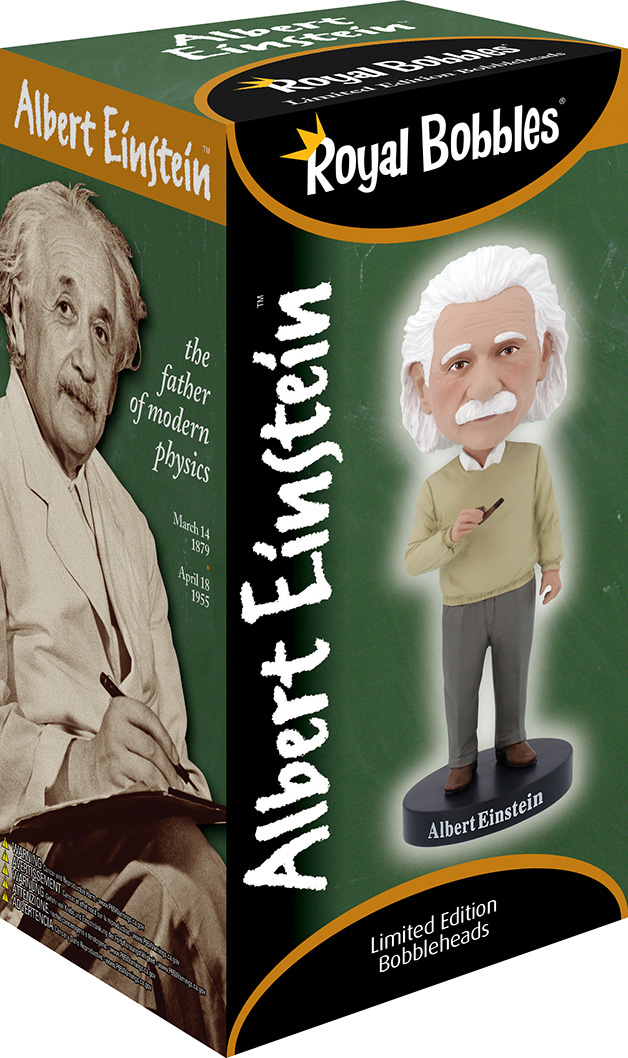 This Albert Einstein Version 2 bobblehead is part of Royal Bobbles’ collection of scientists. This collection features scientists who made great contributions and discoveries. Albert Einstein was born in Ulm, Germany, on March 14, 1879. As a child, Einstein revealed an extraordinary curiosity for understanding the mysteries of science. Moving first to Italy and then to Switzerland, the young prodigy graduated from high school in 1896. In 1905, while working as a patent clerk in Bern, Switzerland, Einstein had what came to be known as his Annus Mirabilis, or “miracle year.” It was during this time that the young physicist obtained his doctorate and published four of his most influential research papers, including the Special Theory of Relativity. In that, the now world-famous equation “e=mc2” unlocked mysteries of the universe that had been unknown. The Einstein bobblehead is an officially licensed product.